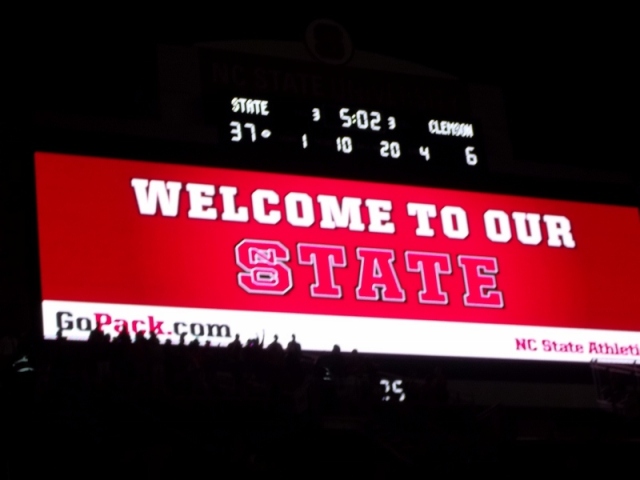 Sunday morning I woke up with a headache. My throat was scratchy. And I was sleeeeeee-py. No, I was not sick. No, it had not been a long week. I was suffering the side effects of cheering my beloved Wolfpack on to victory over the #3 team in the nation on national TV….

As I sat in the stands at Carter-Finley Stadium aka The Carter Saturday night…..wait, let me rephrase that. As I stood in the stands, hooping and hollering, Saturday night watching my Wolfpack send Florida State back to RDU with their first loss, I could not help but wonder where this team was last week. Was this the same team that gave up 556 yards to Miami? Was this the same team that gave up that many yards and still had numerous chance to leave South Florida with a win? Was this the same team who had the home team thinking they were “The U” of old? Shaking my head, I thought to myself, ah the life of a STATE fan. NEVER A DULL MOMENT!!!
You see, it takes a special kind of person to be a STATE fan. You have to be loyal, determined, whitty, invested, committed, enthusiastic, passionate, confident and you need a good heart. Not the kind of heart that prompts you to be nice to people but a good heart that can sustain the extra heart palpitations you are sure to experience as a STATE fan. Saturday’s heart pounder is just one of many I have experienced as a STATE fan. I went through the same thing in 2010 when Florida State came to The Carter. I have had the same experience with men’s basketball, women’s basketball, baseball, softball, volleyball, swimming, etc.

I have heard some say, “It is not easy being a STATE fan.” Sure, we have never won a national championship in football. We have not won a national championship in men’s basketball since 1983. Be sure to watch the ESPN 30 for 30 episode about the ’83 team next year. Yes, that was a plug! Despite the lack of championships, although we are one of only 14 programs that have won two or more men’s basketball championships, the sheer uncertainty at times keeps me excited. Take last year for instance. I attended our men’s basketball game against Florida State on February 18. I remember the day because it was the same day as Whitney Houston’s funeral. We got absolutely manhandled at home and I sat in the RBC(now PNC Arena) and watched Houston’s funeral on my phone. A month later, that same team that got manhandled was in the Sweet 16. Seven months later, this same team has constantly been ranked in the top 10 in the preseason polls. See what I mean?

Despite the fact that people think I should support one of the blue teams in the state(let me just say I would rather listen to someone pop gum 24 hours straight than to be a fan of either school…and anyone who knows me knows how much I CAN NOT STAND FOR PEOPLE TO POP GUM), I LOVE BEING A STATE FAN! I LOVE BEING AN ALUM! I love the fact that my school is associated with names such as DT, Yow, Valvano, Case, Shea, Stinson, Rivers, Holt, Tulloch, Hodge, Jones, Burleson, Pettersson, Gabriel, Brown, Whittenburg, Wilson, just to name a few. I love screaming HOME OF THE WOLFPACK at the end of the National Anthem. I love wearing RED, my favorite color. I love baseball games at The Doak, with Sullivan Hall in the background. I love the history of Reynolds Coliseum. I love hearing “WOLFPACK IN THE HOOOOOOOOOUSE” over the PA system.  I love going to games and seeing grown men and students dressed in red & white overalls. I love seeing the Bell Tower illuminated in red lighting after big wins. I love being a STATE fan. The good, the bad and the ugly. The tough times make nights like Saturday night, worth the Sunday morning headache. 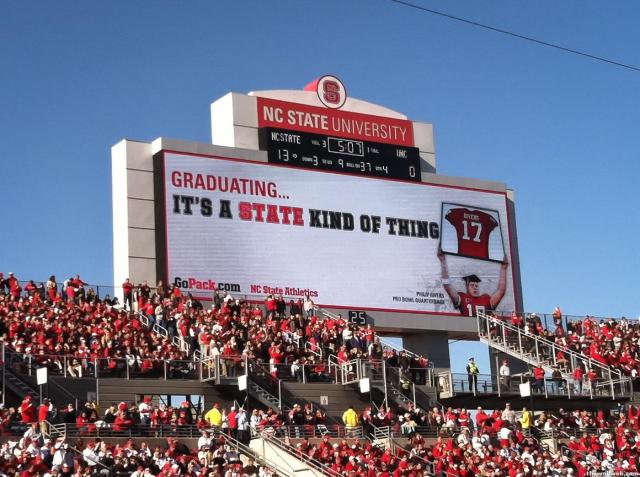 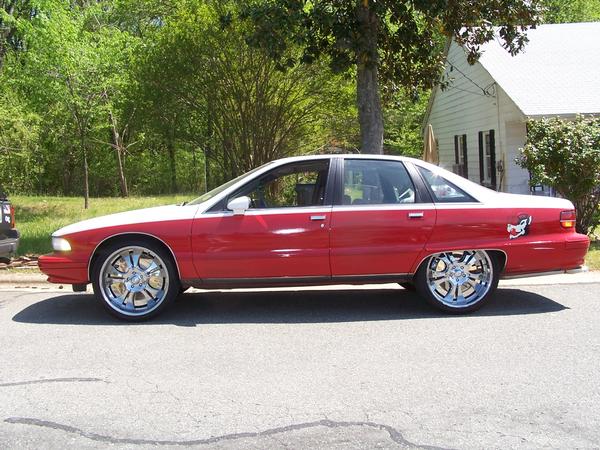 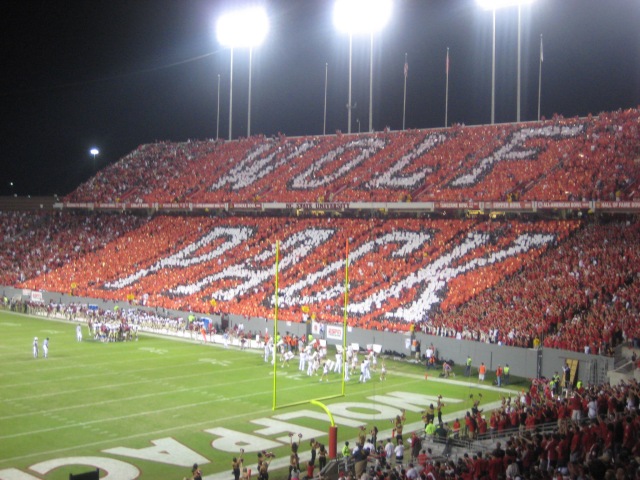 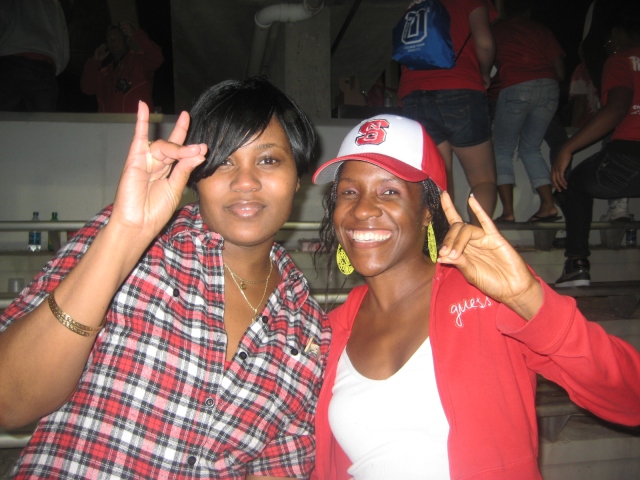 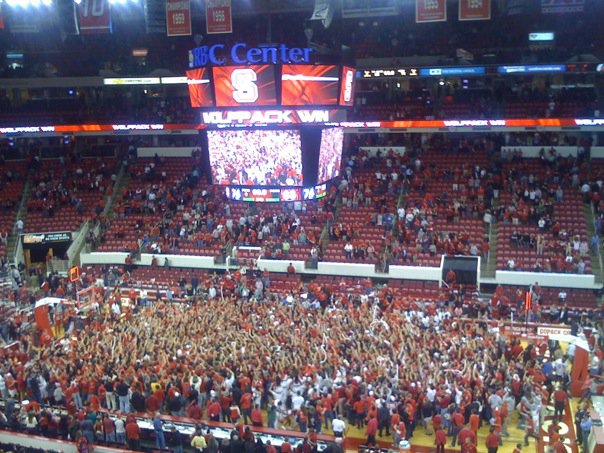 One thought on “For the love of the WOLFPACK…”