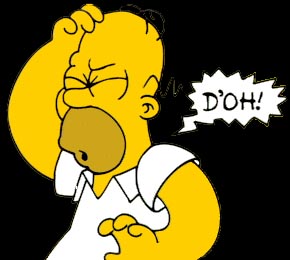 Who knew an Touchception/Interdown would cause such a stir? In case you were one of those early birds who went to bed before the game went off, let me explain to you real quick what happened. Russell Wilson, QB for Seattle, heaves the ball into the endzone with eight seconds left. Packers safety M.D. Jennings and Seahawks WR Golden Tate both leaped for the ball. Jennings leaped higher, got both hands on the ball and maintained possession. Yet, it was called a touchdown. HOL LUP. What? Yes, Tate had a hand on the ball but it is obvious, through replays, that he did not have possession. Nevertheless, the Hawks get the win, the Packers got the sham and TJ Lang gained thousands of new followers on Twitter after his rant.

As if we did not already know it before, the replacement need to be replaced. For the sake of everyone including theirselves. Blown calls. Wrong calls. Unsure calls. Not enough calls. Non-fluid hand signals. Fantasy owners. Facebook operators.  This is getting out of hand and the NFL is slowly moving from a well-oiled machine to a circus. I would not be surprised if a clown car drove onto the field at MT Bank Stadium Thursday night.

For the first two weeks, I had been adamantly defending the replacement refs. I am somewhat of a softie and I felt bad for them. They did not ask to be in this position and I truly believe most of them are doing their best. Everyone makes mistakes, including the “regular” refs. Remember the Tuck Rule? However, you have to recognize when you are in over your head and these refs are drowning, FAST. I know the opportunity to ref an NFL game is hard to pass up. I get that but I realized I needed these refs to have a reality check beforehand. Why would you accept the challenge if you were not going to take the game serious? Why would you accept the challenge if you are not confident in your refereeing skills? Why would you accept the challenge knowing you were not knowledgeable of the rules ? There are a lot of rules! Most of the players do not even know all of them. Just ask Donovan McNabb.

While it seems to be easy for everyone to point the finger at the NFL because we all know the NFL is a multi-billion dollar organization, the “regular” refs are not exempt from blame. They want to keep their pension plans. The NFL wants to take them. The NFL wants to hire seven full time officials. The refs do not want that. The refs wants this. The NFL wants that. Yada yada yada. Blah blah blah. Make. It. Stop. Last night’s disaster is unacceptable. When you have current and former players, general managers and analysts all turning against the league, you have a major problem on your hands. The refs are just as important to the game as the players and it is time that they get the respect they deserve.

Honestly, I do not care why the lockout is happening. Let me rephrase, I do care, if people’s well being and livelihoods are being affected. What I do not care about is who is right or wrong. Who said this or who said that. It does not matter. This fiasco should have ended before the season even started. After week one I was certain that we would not see another replacement ref on the field. The players need officials on the field who know the rules. The coaches needs officials on the field who are knowledgeable of the game. The league needs officials on the field who uphold the values and standards that the NFL has preached since day one. And, I need my dose of Ed Hochuli mixed in with some Mike Carey. If the NFL and the NFLPA truly care about the integrity of this league then they will do whatever it takes to reach an agreement, SOON. Or the clown car may be too full to drive into the stadium Thursday night.