Before I went to bed on Monday night, I browsed my Twitter timeline to see what was happening in the world of the people I follow. While browsing, I begin to notice tweets about ESPN anchor, Stuart Scott. I found out, unfortunately, that he is battling cancer for the third time. I immediately begin pray for Scott, his family and his friends. Yesterday morning, I tweeted Scott a picture of us taken a few years ago at UNC’s Late Night with Roy. Scott in his blue and I in my red. Along with the picture, I tweeted well wishes and my favorite Bible scripture, Luke 1:37. I ended my tweet with the word #LIVESTRONG

Sad. Disappointed. Frustrated. I wanted it to not be true. Confused. Deceived. Relieved. We now know the truth. Lance Armstrong was using performance enhancing drugs (PEDs) during the time that he won seven straight Tour de France titles. In an interview scheduled to air on Thursday night, Armstrong will admit to Oprah Winfrey and the world that he lied for years. Undoubtedly, Winfrey will ask why and we may or may not get a straight answer. There are a lot of questions that can and need to be asked but it may not make a difference to most.

Back in October when I wrote about him, I supported him 100%. At the time, naive as it may sound, I still wanted to believe that he was telling the truth. He had done so much good that I wanted him to be an “hero.” Back in October my stance was that regardless if he did it or not, the man had raised over 500 million dollars for cancer awareness and research. Back in October, I did not want hear what I heard this week.

Sad. Sad that he doped. Disappointed. Disappointed that he felt the need to lie about it for so long. Frustrated. Frustrated because what he did wrong actually helped churn out a lot of good. Confused. Confused about steroid use, in general. Deceived. Armstrong owed it to his supporters to come clean years ago. Relieved. Breathing a sigh of relief knowing that the initial witch hunt is over.

Now what? To completely dismiss Armstrong means you dismiss what the LIVESTRONG movement means to so many. Yes he lied. Yes he was wrong. Yes he has made his supporters look foolish. And yes there is a good chance that the LIVESTRONG foundation would not be the global force that it is today if Armstrong had not taken PEDs. Did the end justify the means? In the world of public opinion, probably not. In the world of cycling, yes. It was the norm. Maybe Armstrong could have accomplished the same feat without the use of PEDs. Maybe the will to accomplish all these things was inside of him the whole time. Maybe, just maybe, he could have had am bigger impact on the world if he had not used PEDs.

What we do know is that a man who “cheated” to gain an advantage in his sport also gave a lot of people hope. They saw he beat cancer and felt they could to. With one single accessory, Armstrong changed a whole world and made it easy to identify all those who were in the fight, literally and figuratively, against cancer. Is that something we just forget because of what he did?

Before he even asks, I accept his apology. I will never understand why he did what he did nor will I try to. I commend him for finally allowing himself to be freed from that dark place. He could have easily, without any positive tests, taken this lie to his grave but he has chosen to admit his mistakes and face whatever consequences are waiting for him on the other side. Often I remind others that none of us are perfect. We all have our skeletons. We all make mistakes. The true test is in how we respond to those mistakes. Do we let the mistakes consume us? Do we crawl into a corner and wither away? Or do we put on our boxing gloves, get into the ring and fight until the end? I look forward to seeing how Lance Armstrong responds in this heavyweight bout.

Now that he has come clean, going forward there is only one acceptable way for Lance Armstrong to respond…..LIVESTRONG Lance. LIVESTRONG. 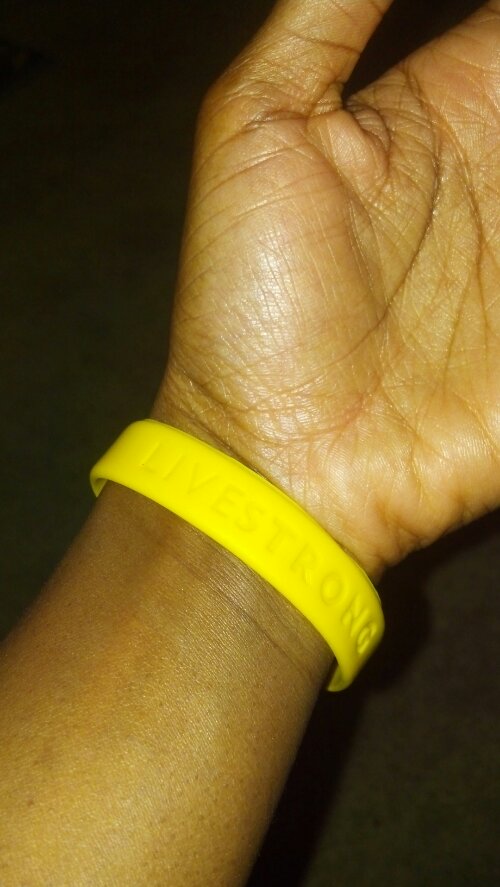