The road to the World Series title was about as smooth as a Nestle Crunch.  In August of last year, the Red Sox unloaded their roster and sent Josh Beckett, Carl Crawford, Adrian Gonzalez and Nick Punto to the Los Angeles Dodgers.  When the season ended, the Red Sox were in last place. Expectations coming into this season were high but not many were putting their chips on the Sox being the ones standing at the end.

And then it happened. April 15. The City of Boston was rocked to its core by two bombs at an event that is the crem de la crem of distance running, the Boston Marathon. The world watched, grief stricken, as chaos ensued. The world watched as people ran away from the point of attack with tears streaming down their faces. The world watched not fully knowing what had just happened and who was responsible.

Five days later, while the world was still sorting through details, the Red Sox made a statement and it was a big, bold statement that came in the form of David “Big Papi” Ortiz. During a pregame celebration, Ortiz declared that “This is our ******* city. And nobody is going to dictate our freedom. Stay strong.” And from the infield that day rose a moniker that has been synonymous with all things good in Boston this year, BostonStrong. The Boston Bruins rode the momentum into the Stanley Cup final. The New England Patriots have rode the momentum to a 6-2 record, despite many of their starters being on the bench with season ending injuries. And of course, the Red Sox rode the momentum all the way to a World Series clinching victory. At home. At Fenway Park. 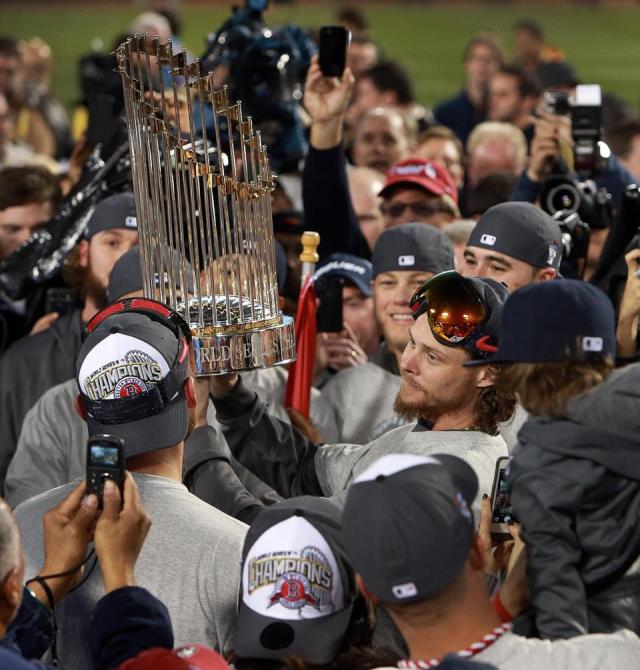