Now the answer you all have been waiting for……

Yep. I am pulling for #18.  I actually made the decision BEFORE the NFC Championship Game. As a loyal Faithful, it is impossible for me to cheer for the Seattle Seahawks, as a whole, to achieve such a major accomplishment. My Gold Blood just will not allow it. That is what happens when a rivalry gets very real. Everything shifts. I fully expect #18 to carve up one of the best defenses in the league. He may not hang 30 on them but I am looking for him to pass for at least 300. It is what he does. And then when he wins all the talking heads can finally stop talking about how he cannot get it done in the postseason. Who am I kidding?? The talking heads will still find something to yap about. Now if the Seahawks happen to pull off the upset, then I will definitely be happy for Russell as well as J.R. Sweezy and Steven Hauschka(WOLFPACK!!!) Shoutout to Nate Irving(WOLFPACK!) who plays for the Broncos. Only one school, Tennessee, has more players playing in the Super Bowl than we do. 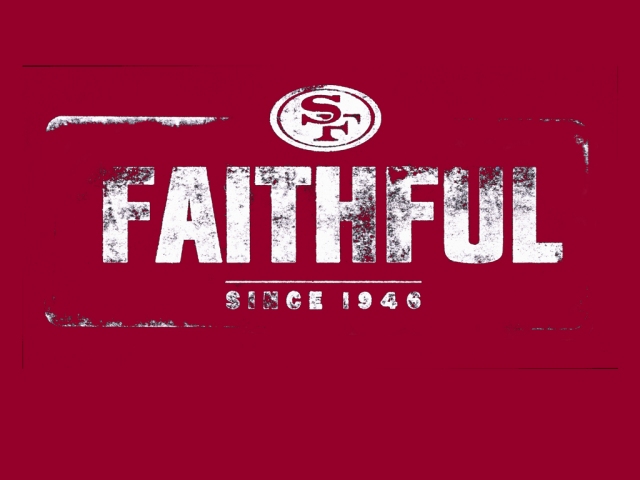 In 2011, my beloved San Francisco 49ers lost the NFC Championship courtesy of a fumble on a punt return in overtime by Kyle Williams which lead a game winning field goal for the New York Midgets, I mean Giants.

In 2012, my beloved San Francisco 49ers lost Super Bowl XLVII despite having the ball at the seven yard line with under 2:15 left in regulation. Four downs+no paydirt=HEARTBRAK.

Down six with 33 seconds left and TWO timeouts, our beloved QB Colin Kaepernick tried it. With Michael Crabtree in a one on one matchup with Richard Sherman, Kap tried it. NOOOOO!!! Now let me clarify. Yes, I do believe Sherman is the best corner in the game. Revis Island has sunk, for now. I also believe Crabtree has some of the best hands in football. However, with 33 seconds left and TWO timeouts, that was NOT the time to try Sherman especially when throws have not been very accurate the majority of the game. We were moving the ball on them, at will, during that drive. Why not stick with what works?? I will never understand. The more I question it, the more frustrated I get.

We have the best collection of players in the league and when it matters most we cannot seem to get over the hump. FRUSTRATIIIIING.

Hopefully, this will leave the bitter taste in the players mouth that will FINALLY propel us to a Super Bowl victory.

P.S. I did not see Sherman’s postgame rant but I have kind of pieced together what he said, thanks to Twitter. I have always been a fan of Sherman’s play and his quotables. His fiery, passionate and one of the best in the league. While I do not agree with his assessment of Crabtree being a sorry receiver, he deserved to talk whatever smack he did. He made THE play when it counted most. Was getting in Crab’s face necessary? Nah. Was the choke sign necessary? Nah. I have issue with his actions not his words.He was interviewed IMMEDIATELY after the game was over and I am pretty sure that the majority of the players in the league would be just as excited as he was. Maybe not as loud but definitely excited. A reporter stuck a microphone in my face after my 9ers beat my Panthers last week and I could barely formulate a decent sentence :-}. It is much harder than it looks. Oh and that handshake he offered was definitely sarcastic.

P.P.S. The league has GOT to do something about the zeebs(refs) and the replay system. Now before you try me and assume I am blaming the refs for this lost(you should know better than that by now), I am not. I am still dumbfounded over the NaVorro Bowman play. That rule has got to be changed ASAP. Aaaaaaand, the fact that the referee CLEARLY did not know the rules for “running/roughing” the kicker. Lawd ha mercy.

P.P.P.S. My thoughts and prayers are with arguably the best LB in the league, Bowman and starting guard Mike Iupati.

P.P.P.P.S. I will let ya’ll know next week who I will be rooting for in Super Bowl XLVIII. If you know me well, then you already know who I am going with.

What an interesting weekend of football!!! It was great, right? Lets rekap.

The biggest story of the weekend had to be Ray Lewis playing his last home game as a Baltimore Raven.

As I stated on Friday, his story of resilience and redemption is one that all can learn from. Lewis had a team high 13 tackles, wore a menacing face mask that made him look like he was going to war with the Deceptions and was on the field for the final kneeldown. Doesn’t get much better than that. He sealed his farewell with his patented “squirrel dance” (yeah, I just found out yesterday that it had a name) and exited to a deafening ovation for the crowd. Very fitting for a man who put a franchise and city on his back and gave it everything he had. On Saturday, my faves will go head to head. Peyton vs. Ray Ray. I think I shall remain neutral. Go Broncens!! Go Ravecos!!!

Oh, I guess you know the Ravens beat down the Colts.

Now onto Sunday’s other showdown…Rookie vs. Rookie. Elusive QB vs. Elusive QB. Russell vs. RG3. I know there was not any question as to who I was pulling for. Was it just me or did Russell look like he had been playing in the league for years? His composure in the pocket especially during a blitz is a thing of beauty. He does not get razzled easily. I tweeted last night that I was so happy that the nation was getting a chance to see what us Wolfpackers got to see for years. Russell is a baller!!! That Seahawks team makes me nervous. The combination of Russell, RB Marshswn Lynch and that defense is scary. I fully expect to see them in the NFC Championship playing against my 9ers. My boys better be ready!! By the way, Russell, the 75th overall draft pick, is the last rookie QB standing. Whoop whoooop!!

Yes, I talked about Russell before I addressed the RG3 controversy. Hey!!! I had to give Russell his flowers. I know you are waiting on my opinion about the RG3 debacle. I missed the first half but I heard he got hit early, was limping and was not very effective from that point on. I get the warrior attitude especially in the playoffs but when does a player’s health become bigger than the game? It is obvious that RG3 should have been pulled early in the game. Give the team a chance to win. It is not like the Redskins do not have a decent backup. Knees are nothing to play Russian Roulette with. Keeping RG3 in did not produce the result the team was hoping for. Putting Cousins in earlier could have changed the story.

As much as I talked about Sunday’s games, I almost forgot about Saturday’s. I was pulling for the Bengals because I wanted Coach Marvin Lewis to get that elusive first playoff win. As usual, the Texans found a way to win. They do not impress me, at all. I fully expect the Patriots to send them back to Texas for an early start to their summer vacay.

The Packers vs. Vikes game….snoozefest. I just woke up! Woke up to see Vikings back up QB, Joe Webb, on the ground, again. Po fella. Vikings did not stand a chance. Better luck next year.